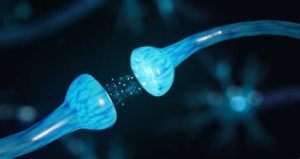 My depression is a type where I lack novelty – Everything’s the same. I have a bit of anhedonia too where I don’t get enjoyment from doing anything, get bored and then stop. I also have about 100-200 things that I can decide to do at any given time.

I need to go into an isolation tank. I’m going to learn how to meditate and be more spiritual before I embark on my ket/psilo journey. It’s hard when my environment hasn’t changed – It would be nice to go somewhere to do it or have it like how it was last year where I was hiking all of the time.

It’s hard because I use Vyvanse (D-amphetamine) to focus and be productive – It’s all ego. I’m always looking for a deeper meaning;

I had a friend online (An autistic savant) that was purely egotistical. He was the biggest online drug dealer in Canada. He was severely addicted to dopaminergic stimulants, having sex with prostitutes and scamming people. He said “Look at doctors, lawyers.. I’m better than them because I found my own way to make millions and not have to pay tax”.

I’m not sure if I have a stable personality or self right now. I don’t know who I am. I can’t just chase money, success etc (Dopamine highs). I want a philosophical foundation or to create my own religion and spiritual world (It’s a process). I need to suffer with my own OCD thoughts and have people beat me down more so I can grow (I remember being so frustrated this year with my shattered self that I looked at myself in the mirror, screaming and pulling my hair out – It was like a trip in a way).

The biggest problem is that it’s a risk – Where my synapses could form the wrong connections and those connections die. The meditation skills will allow me to form the right connections and strengthen them. They will be strengthened through neurogenesis and neuroplasticity while avoiding dissociation.

I need to make friends with my own mind (Instead of it being my enemy). I’m in the process of doing that. I’ve talked to many people in my life and they’re all inside of my head – I can hear their voices and see their faces, images if I want to. I can basically do anything that I want right now – Psychedelics have broken my understanding of being culturally conditioned.

If I didn’t ever get dp/dr, I would go all into it – But I’ve learned my lesson. I even learned my lesson from being on Abilify and just consuming dozens of chemicals – Not thinking of the consequences.

I don’t remember much of what I wrote on this blog so I’m gonna have to go back and look at my posts. It may be a different style because I’ve changed over the past 6 months. I’ve been dealing with a lot of depersonalization (Except now, I don’t get derealization as often – And I’d like to keep it that way to prevent panic attacks).

My Invega Sustenna injection was supposed to be today but I’m getting it tomorrow. I also have to wake up at 6am in the morning to get up for work. I haven’t had psychosis since I started taking a 5mg olanzepine every night.

I don’t feel “All there” really. I’m very confused and unsure of things so I’m not going to make any bad decisions right now and take a longer time to think about things than a normal person would.

I’ve learned to accept that the ego is a good thing and can help me to get anywhere. I’ve become an optimistic nihilist. I think around 6-12 months ago, I was in my best state. Now everything has kind of gotten old and boring – I need to find that spark again and feel life again. I realize that I’m on the “Schizo-autism spectrum” which a friend pointed out to me. 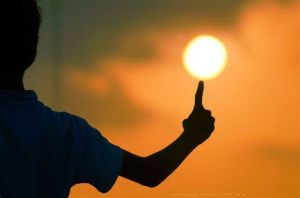 View all posts by Paradox